This video shows the first 360-degree view of the landing site of NASA’s Perseverance rover on Mars, as captured by the rover’s color Navigation Cameras, or Navcams. The Navcams are on the remote sensing mast (or “head”) of the rover. Perseverance possesses the most cameras of any Mars rover to date, with 19 on the rover. Perseverance landed on Mars’ Jezero Crater on February 18, 2021. These images were obtained on February 20, 2021.
A key objective for Perseverance’s mission on Mars is astrobiology, including the search for signs of ancient microbial life. The rover will characterize the planet’s geology and past climate, pave the way for human exploration of the Red Planet, and be the first mission to collect and cache Martian rock and regolith.

Please note: Not all browsers support viewing 360 videos. RUchat supports their playback on computers using Chrome, Firefox, Internet Explorer, and Opera browsers. For best experience on a mobile device, play this video in the RUchat app.
For more information about Perseverance, visit mars.nasa.gov/perseverance

MobileTech Auto Repair 7 часов назад
Mars isn't a planet. This is garbage and the sheeple will follow it.

M.C. 8 часов назад
Mars looks like it needs some freedom

M.C. 8 часов назад
Mars looks like it needs some freedom

Jeff Mitchell 10 часов назад
That ain't the kind of place to raise your kids...

Terra Humania 15 часов назад
It seems to me that this lake was formed by a meteorite impact which in turn formed the bursting of debris everywhere then there was the formation of water by a favorable atmospheric process which generated a lake of water . The rounding of certain rocks clearly proves the existence of water at one point in the history of this excavation, but the dark color of these rocks which do not correspond to the rest of the overall landscape gives the idea that the presence of the fragments of the rocks are linked to a meteorite explosion and not formed by water only modeled by water Bouhidel. M

Rahul Vig 17 часов назад
Is this a real footage of made for entertainment?

revolvercargado 17 часов назад
I can believe how clean are the Mars streets....

Eric Norris 20 часов назад
All b.s. this is somewhere in iceland

Rayyan Ahmed 23 часа назад
This Is Not mars

steve schillito День назад
Amazing! pics of 'another world' we have now visited and filmed! Fantastic...can't wait to see more...bring it on!

Michel Legrain День назад
Seemes to be on earth, Nevada ???

Jack Bushong День назад
The entire planet looks the same. Though this area looks like and old river bed.

Parv Tiwari День назад
Well done NASA . This is exeptional . Feels like we are standing on mars and looking around . I liked the video so much and immediately downloaded it and subscribed NASA Jet propulsion laboratory .

Akhyari DaiNada День назад
Mars looks like middle eastern Desert, it must be rich with oil.

nina h День назад
Feeling strange to see these dirt on Mars, it’s a planet! a touch down awareness

Dwyt Alger Loo День назад
To all of people in the future that will be eventually living on mars i just wanted to say that yall lucky to be there because in my time we can only be able to see the red planet with the help of our mars rover called "perseverance" always take care in there and protect moxie because it is the thing that provides all of you an oxygen to keep you alive 💕 Love from Earth, March 5, 2021

Emily An День назад
Never seen this experience on RUchat!

Don't Care День назад
Yeah I'm good Elon can live there by himself.

Randy Poole День назад
Perseverance to Mars, “On My Way”

Randy Poole День назад
@Emily An I noticed that as well.

Emily An День назад
No prints of its wheels on the ground. 🤔

فرضیات نامعمول 2 дня назад
My friends, the truth is that this world is a theater, and before any intelligent creature enters this world, the angels prepare a new decoration for the mezzanine of this world. For example, Mars, Earth, Mercury, and Venus were all satellites for a larger planet, and with a few large collisions, the entire scene of the solar system changes and Earth hosts life, while previously other planets hosted life. You can see the effects of a planetary collision on Mars. Or because Mars itself was a moon, all the water on Mars was constantly flowing east and west due to its orbit around the big planet. That is why all the rocks on the planet have been mechanically eroded by the shallow water flow. Apparently, the solar system was not like this at all, and the orbits of Mars, Earth, and Venus have changed places. Or the three Russian probes that landed on Venus, not because of the planet's extreme heat, but because of biological destruction by aliens living on the planet.

فرضیات نامعمول 16 часов назад
@John 3rd Of course I'm sure. What do you think about the presence of liquid water on Mars? How did liquid water flow on Mars when the sun was so dim? Why do you look at Mars everywhere? The rocks are eroding watery as if there was no land on the planet. Yes, once upon a time there was a shallow water flowing all over the planet, and intense gravity caused severe tides to flow shallow water all over the planet. Like a river north to south of Mars. Also, the direction of rotation of Mars was not with this axis. The axis of rotation of Mars was different.

John 3rd День назад
Are you sure?

Christina Kaur 2 дня назад
Why are we not planting trees there?

Delano Ahononga 2 дня назад
No prints of its wheels on the ground. 🤔

Manish Kumar 2 дня назад
This place looks like my neighbourhood.

Tose Kb 2 дня назад
How did theyake this video

MCDance Flow 2 дня назад
This Images is from earth fakers !!!:)) These images are from Earth, Liars ..., the question is this; - In what place on earth did you find this area where you can play like little children with some embarrassing toys ..., lying to Humanity that these images are from Mars ? Aren't you ashamed .....?, as if you were children adults, lying to other children !!! :)) I'm also amused ...., when I see you with "those chicken coops" that you from Pinochio N.A.S.A boast about leaving the Planetary Protection Space !!! :)) You are weaker on Directing ... than the Hollywood Directors who created the Star Trek series and not only, Their visions about the Cosmos are much more Realistic than, Your hilarious Scenarios !!! Be healthy ....... and, lie less, you leave your Cosmos alone ...., end the nonsense ...... !!! The cosmos is not made for Us to explore, it is too dangerous for the tiny Biological being called Man, or for their embarrassing and Tiny toys ..., on the scale of Extreme Cosmic Radiation and Temperatures !!! Let the Hollywood people make SciFi Movies :)), because they make them much more Realistic ..., like Fictions !!! :))

webba80 2 дня назад
Looks like my backyard..I don't know what to believe anymore

Anthony Maughan 2 дня назад
this is an island North of Canada ????

AwesomeBlackDude 2 дня назад
Fun facts if your phone has gyroscope you don't need to use your hands to view the 360 video. 😬

Zahra Tazani 2 дня назад
Cmon, we all know earth is FLAT, and if you dont believe it, you will believe it soon trust me. (21, March)

Toby Zweig 2 дня назад
Okay maybe I'm being picky since this is fricken nasa going to mars but come on- this is 180, not 360

Anthony Padilla 2 дня назад
I was always under the impression that the atmosphere gave earth its blue glow. What makes Mars glow red???

WiresTheRobot 2 дня назад
Everybody gansta until you realize your name is in a box on the back of the rover.

Arn does 3 дня назад
No sun or sky fishy

Kim Ezarzi 3 дня назад
There's no life... Don't be crazy... U can help poors I think is better

Steviegeez 3 дня назад
What happened, Perseverance run out of gas? This video isn't alive is it or is this just a still shot disguised as a video? Ka ziillions spent on getting this contraption to Mars and now someone forgot where the "Go" button was? Well even if that's the case and not meaning to down play the little critter's performance, just getting the thing there safely was an amazing achievement, just remember to put fresh batteries in it next time. 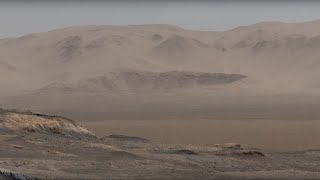 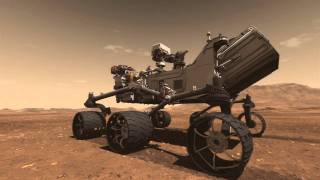 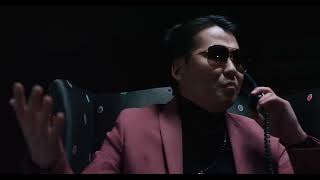 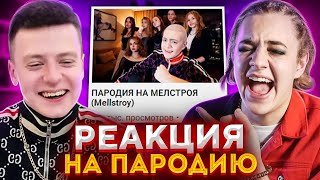 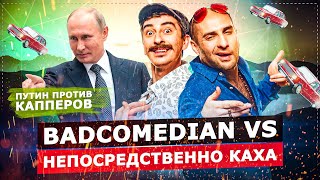 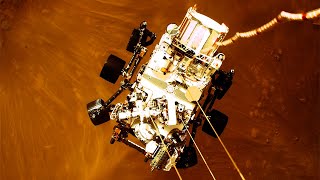 11:48
10 images that reveal what we've learned about Mars after decades of exploration
PBS NewsHour
Просмотров 2,1 млн

10:43
The First Real Images Of Mars - What Have We Discovered?
TheSimplySpace
Просмотров 1,4 млн

03:55
Crashing Into Saturn: This Cassini Mission Is the Most Epic Yet | Short Film Showcase
National Geographic
Просмотров 3,9 млн